Then and Now: Seeing God's faithfulness through your children

Hi,
This is my youngest daughter Jessie and I wanted to share her story: 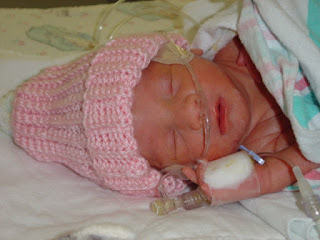 It was Labor day weekend and I was very emotional wanting to go to Dallas to see some Pastors friends of ours to visit.  I was sleeping and all of the sudden I felt I needed to go to the bathroom. I went and felt like I went a lot. I went back to bed I felt like going again, except this time was a flush.  I then realized that my water broke. It was too soon. My child had 2 months to go before birth. It was 3 am in the morning and it was too early. My baby wasn’t due until November!!! I put a BIG towel between my legs to hold the water and off to the hospital my husband with our two kids. 12 years and 18 months old and I went.


They rushed me in and they managed to stop the labor. The doctor said my sugar levels were high and I needed to be on bed rest until the baby is due.  (so much for Dallas) was my thought.   I was distraught. I was not going to lose this child.  I started to pull scriptures that I was quoting all along.  I was 39 and afraid! I needed peace and I leaned on God’s Word like never before. 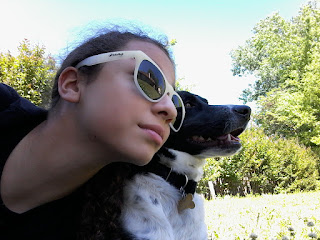 I relied on the words in Malachi….."And I will rebuke the devourer for your sakes, and he shall not destroy the fruits of your ground; neither shall your vine cast her fruit before the time in the field, saith the LORD of hosts." I was daily confessing this scripture daily.
2 weeks passed and baby came. 34 weeks. She weighed 4lbs and 11oz.  I couldn’t see her. She was put in an incubator in the NICU and I had to stay behind.
The Power of God's Provision
The next day, while I was in the hospital my husband Oscar went home. Rachel who was 18 months old started asking for milk with all the events that took place the night before he realized that the refrigerator was empty. He told my son to take Rachel to the living room while he prayed in the kitchen.  He then asked the Lord while looking out the window: Lord, I’m a tither and a giver, Rachel needs milk and I don’t have the energy to go out. Then the doorbell rang. Two ladies from our church found out that I was in the hospital and came and brought food for the family. Oscar said thank you and then one of the ladies told her friend. Don’t forget to bring in what the Lord spoke to us to bring in. She went back out to the car and when she came back in guess what she had in her hands…? MILK! Provision did not stop there.  There was so much food that we had to ask people to come over and eat with us because it was abundant. Praise God for His provision.

The Love Walk Tested
Our daughter Jessie started to have complications. The Doctor ran a test showing that there was an infection in her blood. My husband asked the doctor to run the test a second time. In the middle of all that, a gentleman who insulted me found out that I was in the hospital and wanted to see the baby and pray.  My husband saw him through the glass doors and the Lord told my husband: “walk in love” the gentleman asked if he could pray for the baby. My husband told him thank you but it’s taken care of in a nice tone of voice and he left.  After that, the doctor came back baffled because the test showed that there was no infection in her blood.  The Lord told him. This took place because you walked in love and were obedient.
Jessie went home 28 days later. She is now 11 and a honors student. God is faithful. The seed of the righteous is blessed.

Posted by Ask4thenations at 7:43 PM